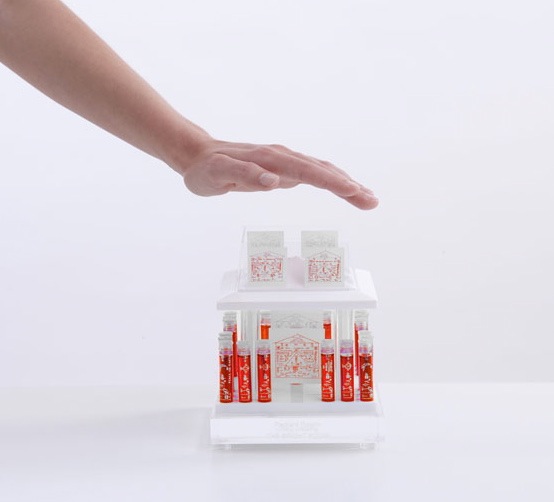 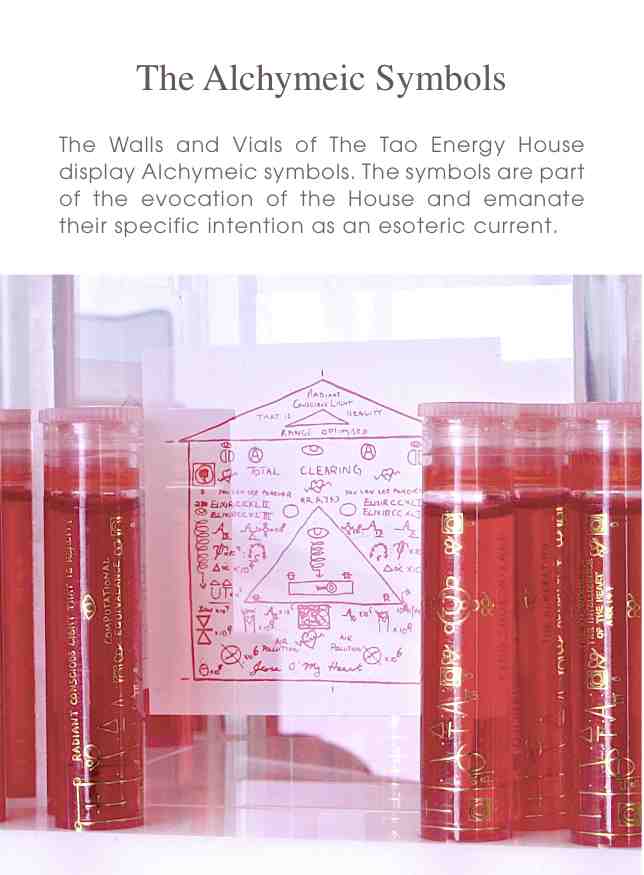 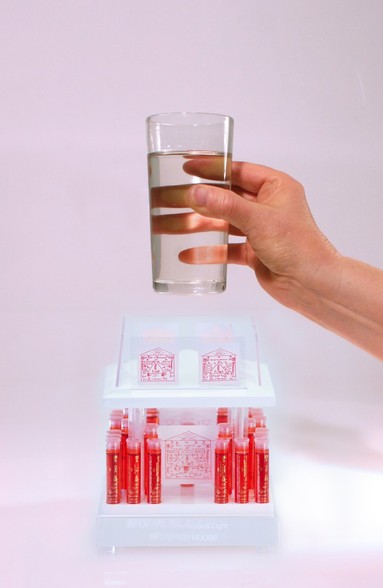 The Tao Energy House is the Alchymeic response initiated by the entrance of the Hermetic work into China. It evokes the current and remembrance of the great and wondrous wisdom of Chinese Esotericism. It could also be known as the ‘Tears Of The Divine Energy House’ which reflects the psychic vision that occurs energetically as the House is received – the Tear Drops of the Divine showering down upon us. The Tao Energy House is the latest Alchymeic tool given to help the Divine Light penetrate the solid structures which have over many lifetimes given rise to the total occlusion of the feeling dimension.

The Vision: The akashic records appeared. These esoteric records hold the input of every moment and every tradition that has ever existed, will exist or is presently existing. The akashic records are held in a Divine domain or dimension where realised beings abide. The universal law as described through the Tao tradition, became specific to this cultural schism of ignition with the architecture of the grounding of the Light. This specific event literally comes out of the Divine creating itself through the ‘first schism’ into this particular tradition (as is all other traditions and cultures) – the Universal Law that is formless current – becoming form.

Out of the Radiance, the Verb In Action produces form through the mystical law of phi (φ) (the number parts of creation specific to mathematical shapes formed by different angles leading to different structures). Different cultures are created and the architecture of different races occurs or is presently occurring. All this comes from the Universal Source fractioning into different shapes. All is interpreted in different traditions. The one Universal Source remains always already the same, then transforms into the cultures of creation.

The Hermetic current of Tao, appears to allow the Alchymeic Current to cross over, where we have never been before, and ignite a yet untouched tradition. Therefore, we are now igniting this fixed tradition with a flame, so that it comes out of its fixity and ignites in the Soulfire, or the flame of initiatory current thus allowing reality to be felt and known as the Present Moment. (Over this last epoch, or age of darkness, traditions have become fixed and solid, almost as though one is required to fall asleep in the dream of a specific structure, to immerse in it.)

These words were given in this vision “you will not see me coming, you will not feel my sword cut deep…” (from the poem, ‘My Domain Is Advancing’ – Jessa O’My Heart). The outcome of this marriage between Tao and Alchymie, is the breaking down of old patterns and structures, allowing the oneness of existence to be presently understood at the level of manifestation. Where there is no separation, where everything and everyone is unified in the eternal source that is presently creating itself and entering this domain. This is the outcome of such a marriage between the Tao and the Alchymie.

Tao is a Chinese word meaning ‘way’, ‘path’ or ‘route’. Within the context of traditional Chinese philosophy and religion, Tao is a metaphysical concept originating with Laozi, (the ancient Chinese philosopher), that gave rise to a religion and philosophy referred to in English with the single term Taoism.

Tao signifies the primordial essence or fundamental nature of the universe. In the foundational text of Taoism, the Tao Te Ching, (written by Laozi), explains that Tao is not a ‘name’ for a ‘thing’ but the underlying natural order of the universe. Tao is thus “eternally nameless” and to be distinguished from the countless ‘named’ things which are considered to be its manifestations.

Tao can be roughly thought of as the flow of the universe, or as the essence or pattern behind the natural world that keeps the universe balanced and ordered. It relates to the idea of qi or chi, the essential energy of action and existence. Tao is a non-dual concept – it is the greater whole from which all the individual elements of the universe derive.

In Taoism, Chinese Buddhism and Confucianism (all based on the Tao philosophy), the object of spiritual practice is to ‘become one with the Tao’, or to harmonise one’s will with Nature in order to achieve ‘effortless action’. This involves meditative and moral practices.

Tao is also intrinsically related to the concepts yin and yang, where every action creates counter- actions as unavoidable movements within manifestations of the Tao, and proper practice variously involves accepting, conforming to, or working with these natural developments.

The original use of the term Tao was as a form of practice rather than theory – a term used as a convention to refer to something that otherwise cannot be discussed in words. Early writings such as the Dao De Jing and the I Ching make pains to distinguish between conceptions of Tao and the Tao itself, which cannot be expressed or understood in language.

Please note: The Energy Houses sometimes need to be made to order, this can take between 1-4 weeks approx depending on various elements. Please email us if you would like to know more before you purchase.