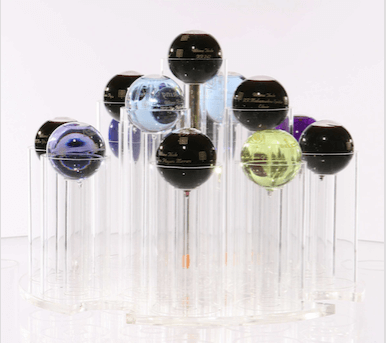 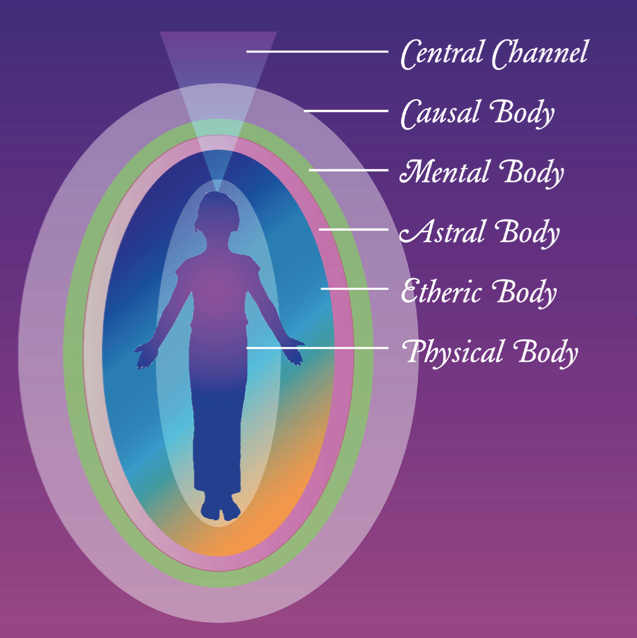 The Travelling Bubbler
Every human being has a number of energy fields (this can be called our aura/auric-field), that are constantly affected by interactions with other people and the many places that we visit. We may notice that when we go to places where people are stressed, exhausted, in conflict, sick, that we can be affected by these energetic communications (the psychic dimension of existence), and this may correlate in an apparent shift of our own personal level of energy and attention. The Travelling Bubbler is an Alchymeically Imbued Artifact designed specifically for the psychic clearing and transmuting of environmental, energetic aspects and influences that surround our daily living so that we can create ‘space’ for real intelligence, heartfelt communication and a psychically clearer environment to live in.

Description of the architectural layout of the Travelling Bubbler
This Bubbler consists of fourteen hand-blown, coloured liquid-filled glass spheres resting on highly polished clear cylinders over a revolving base, (similar to the Saturn Bubbler), yet miniature in size. Each glass sphere holds five or more specifically selected Energies, which in its complete form hold the exquisite purifying presence of the Travelling Bubbler. The Travelling Bubbler is intended to deal with these energetic aspects of life, to create ‘space’ for real intelligence, heartfelt communication, and a psychically clearer environment to live in.

How far does the Travelling Bubbler reach?
The Travelling Bubbler has a radiant field of energy that is designed to spread out across a town or city in which it is placed and is specifically related to energetic psychic influences ‘above’ the earth plane (the psychic imprint of human beings).

There is a map that sets the Alchymeic intention for the Bubbler,
which sits inside the central cylinder and reads:

“The Travelling Bubbler seeks its own perimeter,
which may or may not coincide to the perimeter of some actual city,
it may be larger or smaller, since it seeks what serves most obviously.”