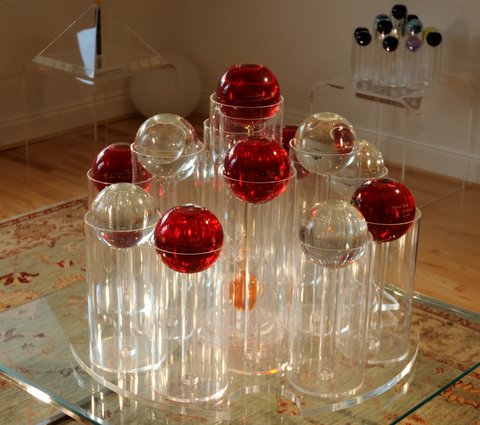 This Bubbler came many years after the Saturn Bubbler, it was inspired initially by someone asking for a Bubbler for Gaia. Gaia is the name for a primordial deity of Earth.

Through its creation it became an alchymeic artifact to deeply support the utter stress and pressure that has been upon the Earth plane and to support the Saturn Bubblers and their function as a force to ground Divine Light in this world. These Bubblers have no boundaries, unlike the Saturn Bubblers that are held to a State or small Country.

The Qualitative Evolution Bubbler’s function is on holding the internal psychic structures of the Earth plane together right down to the core and out to the farthest stars. It’s presence is a perfectly articulated prayer to transform and transmute distress and bring balance within and without to the essence and feeling nature of the Earth as a creative body.