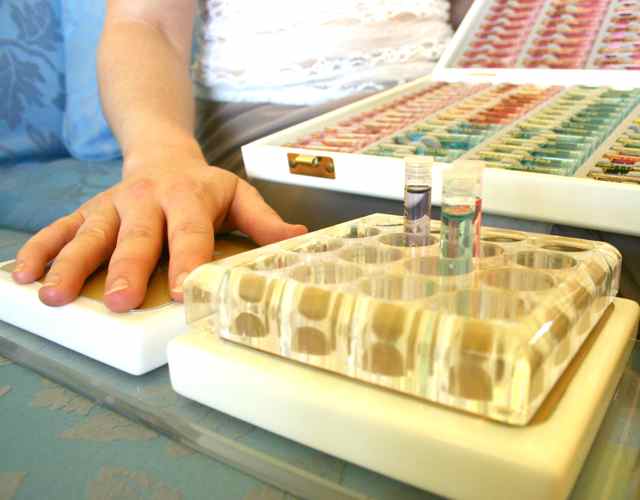 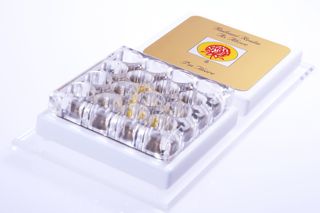 The Stargate Box offers infinite possibilities. It holds the Alchymeic intention of allowing us to work with combinations of Energies for our own transformation or to intentionalise these Energies anywhere we choose, which may include to other people, places, animals, circumstances and situations. The Threshold Pack vials reach their full intensity when they are placed on the Stargate Box. Note that the Vials are fragile and to not carry them around casually. Whereas if you are using Wands, these are durable and can be easily carried around and used on the Stargate Box.

The Stargate Box
“The universe appears to us as a vast expanse, seemingly unending and unfathomable. In this view, stars are distant memories that reach back unimaginable millions of years. This vast cosmic display would seem to bring us down to a size less than that of an ant and many of us no doubt feel insignificant and ant-like relative to the cosmos. However, this imponderable universe is an illusion created through the structure of the human brain, and in penetrating this illusion we are able to see that the universe has no size at all. This is no doubt utter scientific heresy, yet let us say it again, “The universe has no size at all,” and this is just like the ‘place’ where you dreamed last night, which also has no size at all.

The Stargate Boxes are a device that demonstrates the illusion of extension by being able to ‘transmit’ energy forms that are placed on the “I’m Here” side, to be received by placing a hand or a name or a photograph on the “I’m There” side of the Stargate Box. Hence, we can ‘transmit’ some Energy form from Sydney, Australia to New York, USA instantly simply by placing the person’s name or photograph on the “I’m There” side in order to receive what has been placed on the “I’m Here” side.

The very existence of the Stargate Boxes demonstrates a cosmology far different than the cosmology of ‘science’ or the ‘usual’ person. The common scientific viewpoint still effectively believes that we are ‘in a world’ and the world is ‘in a solar system’ and this is ‘in a galaxy’ and the galaxy is ‘in a system of galaxies’ and so on and so on and so on, and all of this is ‘in the universe’. The true cosmology that the Stargate Boxes demonstrate is that all this earthly vision is an illusion and this illusion is a modification of consciousness and as conscious beings all of this cosmos is arising ‘within us’ and ‘as us’ and ‘not us’ ‘within it’. In this true view, consciousness has no extension and what appears to be an object is alive as consciousness and so in the ‘awakened’ condition absolutely everything about this ‘vision’ is known to the consciousness and as the consciousness in which it is arising.” (Jessa O’ My Heart)